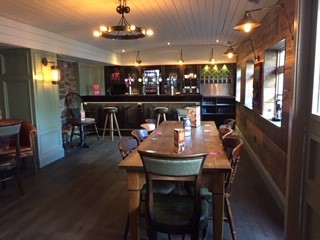 Belhaven means “Beautiful harbour” – it nestles among the rolling barley fields of the beautiful East Lothian coast, around 20 miles east of Edinburgh. For nearly 300 years, they have brewed in this place using only the finest local barley and choicest hops! Colorado undertook the four month task of renovating their Visitor Centre which included the famous Monks Retreat Bar, a museum and merchandise shop.

With parts of the building being hundreds of years old, there were a few challenging problems to overcome, one including removing 11 tonnes of old metal water tanks from a ceiling void that were in fact holding the roof in place. The 300 year anniversary project was completed to a very high standard and the client was delighted with the final outcome.